What Should I Learn to Become a Python Programmer?

What Should I Learn to Become a Python Programmer?

Since the programming language Python has been around for a while, there’s a lot of information out there, some of it practical, some of it relevant, and a lot of it overwhelming. In order to become a Python programmer, you need to weed out the irrelevant stuff and focus on starting where you’re at. If you’re a beginner, then you’ll need to start by learning the basics of coding.

Once you learn the basics of coding, here’s what you should probably focus on learning to become a Python programmer or software engineer. Of course, you don’t need to be a natural-born problem-solver, and you don’t need to use a framework to program with Python, but these are two of the most important skills you can learn if you’re serious about becoming a professional Python programmer.

Working with a powerful framework like Django or Flask can help speed up development time and improve collaboration between programmers. The frameworks are built in a way that allows you to focus on writing code that improves the stability and performance of a project without having you think about and tinker with tedious and repetitive tasks. Version control is a good skill to learn, but it’s not entirely necessary when you’re the only programmer working on personal projects. However, when you work with other programmers, especially on large, ongoing projects, it’s essential. Version control is how massive amounts of Python code don’t break down over time with people constantly working on the project.

You can learn how to use GitHub to push, pull, fork, and commit changes to a project.

Using Python libraries goes hand-in-hand with using frameworks. Object-relational mapping (ORM) libraries help you work with data by utilizing a database, so you don’t have to write the same (or nearly identical) code for every project you work on.

Other Technologies and Programmer Skills Even if you decide to specialize in Python as a programmer, chances are you will need to learn and understand additional programming languages and technologies to be successful. Python can be used for both front-end and back-end work, but it’s known for being a back-end language, so you should pick up front-end skills like HTML, CSS, and JavaScript.

You should also immerse yourself in the world of programming by listening to podcasts, watching videos, and staying up to date with the latest news.

Learn Python on Your Way to Becoming a Software Engineer

During Hackbright Academy’s software engineering program, you’ll also have the opportunity to meet with the career services team to spice up your resume, build a winning LinkedIn profile, and learn interview skills like how to negotiate your salary.

After you finish the Software Engineering program, you’ll have access to networking events and the outcomes team throughout your career, as well as the opportunity to mentor future Hackbright Academy students.

What Is the Python Interpreter?

What Are User-Defined Classes in Python? 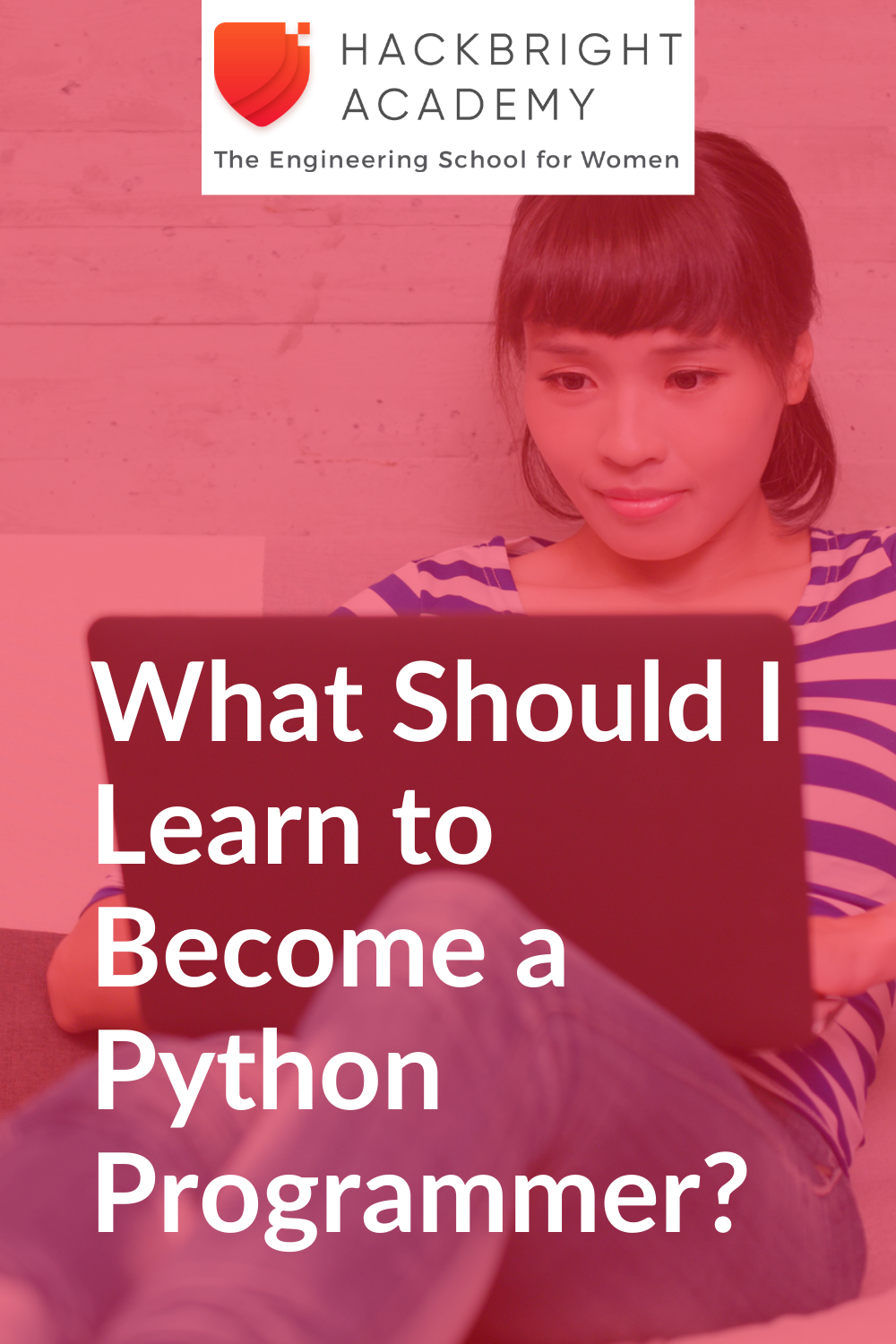 5 Types of Procrastination to Be Aware of When Programming
Coding vs Programming
What Are User-Defined Classes in Python?
Python vs C++