There are a lot of popular programming languages, including Python and C++. When comparing the two, it’s important to remember that both have strengths and weaknesses, so which one you choose to work with will depend on what projects and goals you have. It’s not beneficial to argue one is always better than the other, and we’re not going to do that here. Both languages can be used to solve problems. They are also different. So, this is a friendly Python vs C++ comparison.

This isn’t intended to be an in-depth article and is beginner-friendly. Let’s go! One major difference between Python and C++ is the speed and, in turn, the versatility. With C++, you can achieve a faster execution because you’ll be running native code on hardware. But, that means you’ll have to modify your code for specific operating systems (Windows, Mac, etc.) It’s a tradeoff between running your code quickly and having your code work out-of-the-box.

With Python, you’ll have a slower execution time, but your code will be able to run on anything that supports it. If you have to develop a program quickly that’s meant to run on different OS and hardware, then Python might be the best tool for the job. You’ll just be sacrificing some speed.

Do You Love Whitespace? One of the more contentious issues surrounding the Python vs C++ debate is whitespace. Python uses whitespace and formatting as part of its syntax to tell the computer how to run the code. On the other hand, C++ ignores whitespace and relies on curly braces and semicolons to do the same thing. This is really a subjective choice (and realistically you can get comfortable with both), so don’t think too much about it when choosing the best language for your specific project. All things being equal, the deciding factor for whether you use Python or C++ might come down to flexibility vs control. If you’re okay having the language do a lot of the thinking and heavy lifting so you can write code quickly, then Python can offer the flexibility you want. At the same time, if you care about memory management and static typing, which allows for finite control, then C++ can help you keep the details at the forefront while you code out these little things.

At the end of the day, the choice between Python and C++ might be yours, your boss’s, or the project’s. Hopefully, this short, helpful guide helped you understand some of the differences.

Want to Learn More About Python?

At Hackbright Academy, we teach future software engineers how to use Python to program for the modern world. Check out our 5-week Prep course to get started or jump into our 12-week Full-Time Software Engineering course to further your Python development skills.

Python vs Java: Which Should I Learn First?

What Does a Python Developer Do? 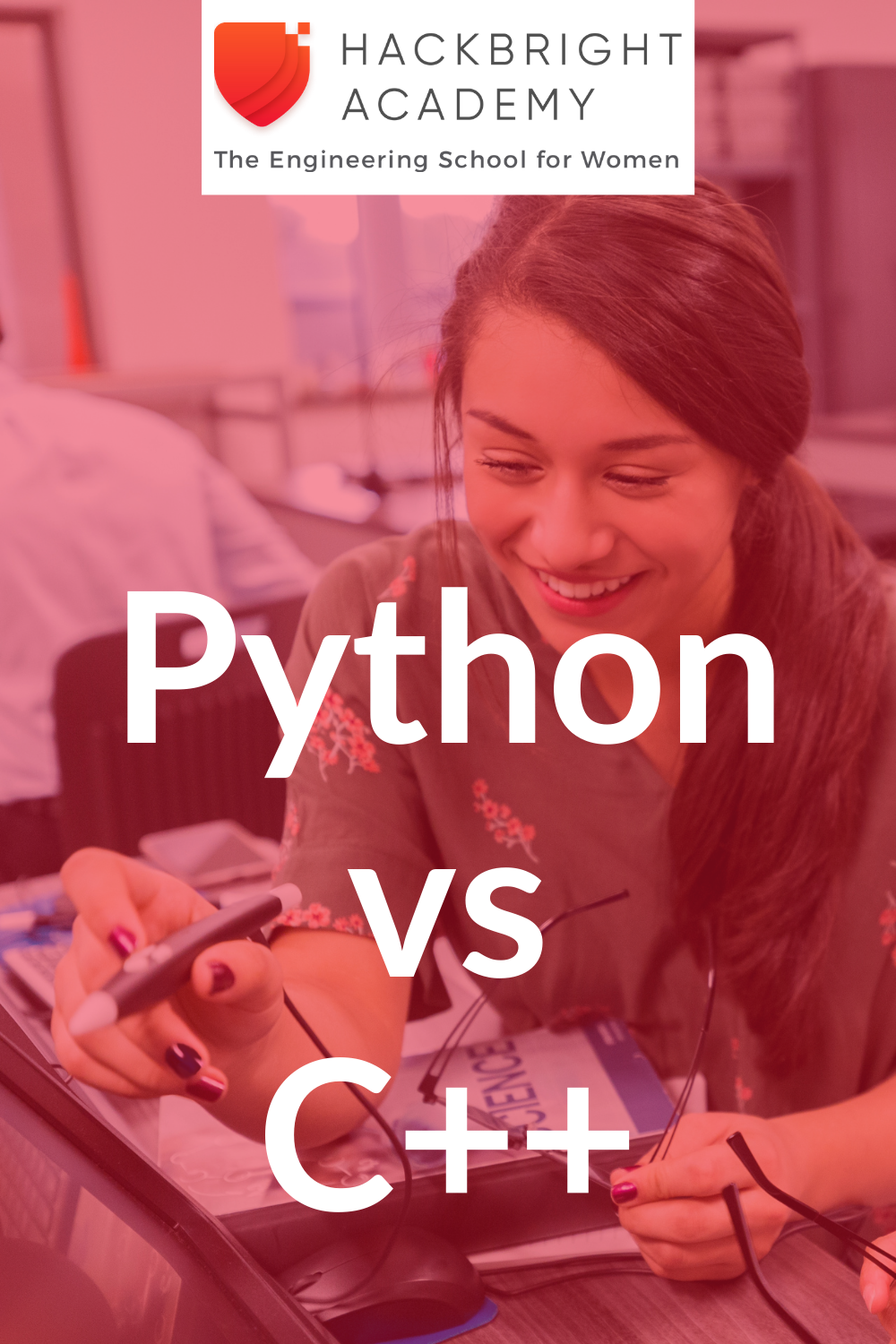 What Should I Learn to Become a Python Programmer?
What Are User-Defined Classes in Python?
What Is the Python Interpreter?
What Can I Do with Python? Tips and Tricks